This blog post is not technically related. This is a report on a recent excursion I went on.

For my birthday this year, I needed to do something extreme. The sanitary urban life in Shanghai can make me feel a bit numb at times, so I’m out nearly every weekend on rock climbing trips. I record most of that on my Instagram stories and in my notes on climbing spots. However, for my birthday, I wanted to do something hardcore.

Back in college when I was doing heavy mileage in training for cross country season, I used to do occasional solo missions into the pacific northwest mountains. I quite miss that feeling of a solo mission, and I’m getting in decent running shape lately, so I figured a solo running trip would be the perfect thing to commemorate my 32nd trip around the sun.

I considered a few places, such as:

They all seemed just meh. Not mountainy enough. Eventually I had an epiphany — Zhejiang Province’s Tianmu Mountain, aka 天目山. I had heard of this spot many years ago, always wanted to visit, but never got the chance.

I started digging into maps, found a starting spot away from the park but near some trails (or what looked like trails on the map). I booked a car rental and committed. Solo mission is happening.

I woke up on Saturday at 3:50 AM and started my solitary journey with the four hour drive from Shanghai. I made it with no problems, and was started on my run at about 8:15. Within 15 minutes my “run” had turned into me just bushwhacking up the side of a mountain. Eventually I came to this view.

I kept going for another 3 kilometers opr so along this ridge, and eventually came to the park entrace of West Tianmu Mountain // 西天目山. I asked the nice ladies at the entrance about how to get to the highest peak in the area, went ahead and bought a ticket, and passed through the park.

The park had some really awesome HUGE Japanese Cedar trees. You almost never see that in China.

I continued my ascent to XianrenDing Peak // 仙人顶. It took about an hour from the park to reach my high point there. 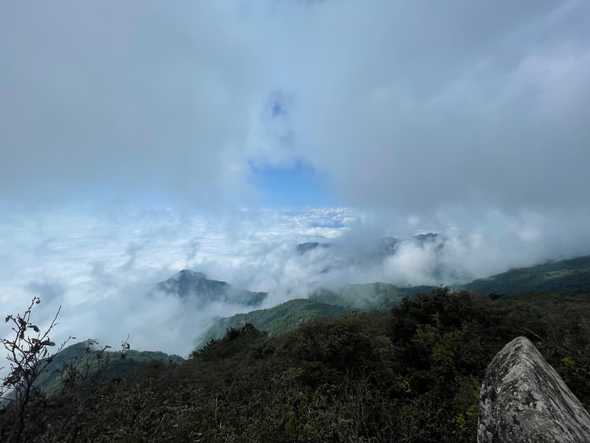 At that point I was actually quite tuckered and I considered just retreating from there. I remembered my original desire for something hardcore and continued on to LongWang Peak//龙王山. That took me about another two hours of rough trails, hardly able to run on them, but it was entirely worth it. 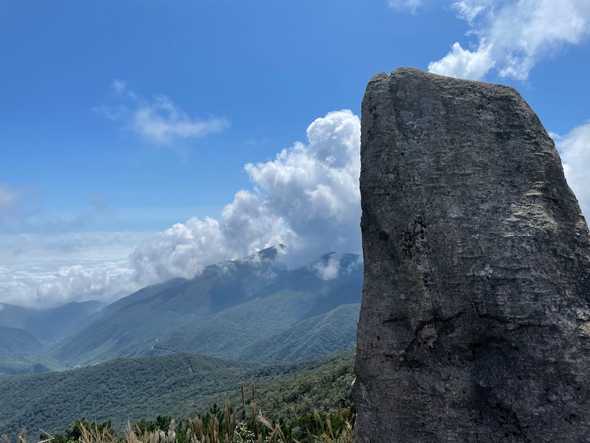 From there, I checked out the map and decided it was about time to call it a day by retreating to a nearby village called XiGuan // 西关. I was wrecked from bushwhacking, ascents and descents, and I had been crushing for about four hours and 16 kilometers at that point.

Me from ten years ago would be ashamed at how destroyed I was from such a simple trot through some mountain trails, but modern-day me was super stoked. Time for another trip around the sun.

Lastly, my route on SUUNTO for reference